So, I mentioned in the last post – which was also the first post – that my debut novel was MOTHER OF ABOMINATIONS: A MONSTER EARTH NOVEL. But what is Monster Earth?

Monster Earth is a shared universe created by Jim Beard and published by James Palmer at Mechanoid Press. In the Monster Earth universe, nations developed giant monsters instead of nuclear weapons sometime in the mid 1930s.

There are two anthologies in the Monster Earth universe. The first is simply titled MONSTER EARTH and takes place from the 1930s right up to the 1980s. 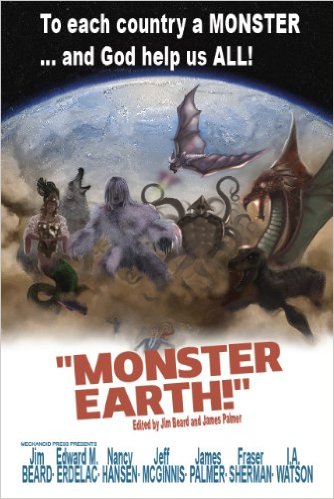 There really are some great stories in this anthology, but I was taken by Ed Erdelac‘s story of an Inuit in the north of Canada. The whole book unfolds chronologically from the very first sighting of a giant monster to more or less modern day, painting an alternate history of the world.

The second anthology, BETRAYAL ON MONSTER EARTH picks up where the first left off, but dives further into the world’s mythology by exploring an anarchic cult called The Dissemblers.

This book explodes the world and provides a more singular direction for the overarching story to take, resulting in a much more cohesive work of storytelling. They’re both anthologies, but elements of BETRAYAL feel like we’re reading one story which makes it a real achievement in shared world anthology-making. For more on this book, check out the interview I did with publisher James Palmer and my buddy, and BETRAYAL ON MONSTER EARTH contributor, Tom Deja in episode 346 of my podcast Dread Media.

A little while after this interview, I was asked to pitch a novel to Mechanoid Press set in the Monster Earth universe. Originally, they wanted something set during the first novel, but my pitch ended being something that bridged the two anthologies.

MOTHER OF ABOMINATIONS, which had the working title TROUBLES, explores the British/North Ireland conflict in the Monster Earth universe. I won’t say anymore so as not to spoil things, but I like to think that my novel complements the shared universe nicely.

Check out the links throughout the post to pick these books up (very affordably through Kindle) and catch yourself up. While you don’t need to read the anthologies to understand my novel, I feel like they all hang together to tell one massive story.

Check back here for more on MOTHER OF ABOMINATIONS and other stuff like movie reviews and updates on other stories I’ve done.

I’m the Desmond Reddick named at the top of the page and in your address bar. I’m a writer, podcaster and teacher. This is my website.

This is where I’ll keep you up to date on all my writing projects. Right now, you can get my debut novel MOTHER OF ABOMINATIONS: A MONSTER EARTH NOVEL in Kindle on Amazon. Other formats coming soon.

This is the amazing cover by Mark Maddox: 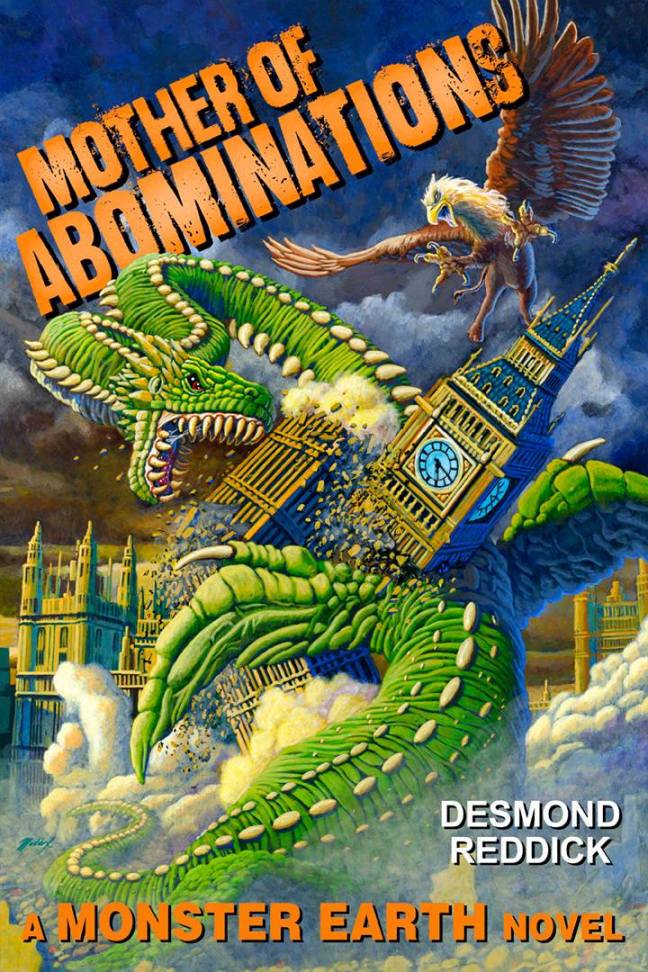